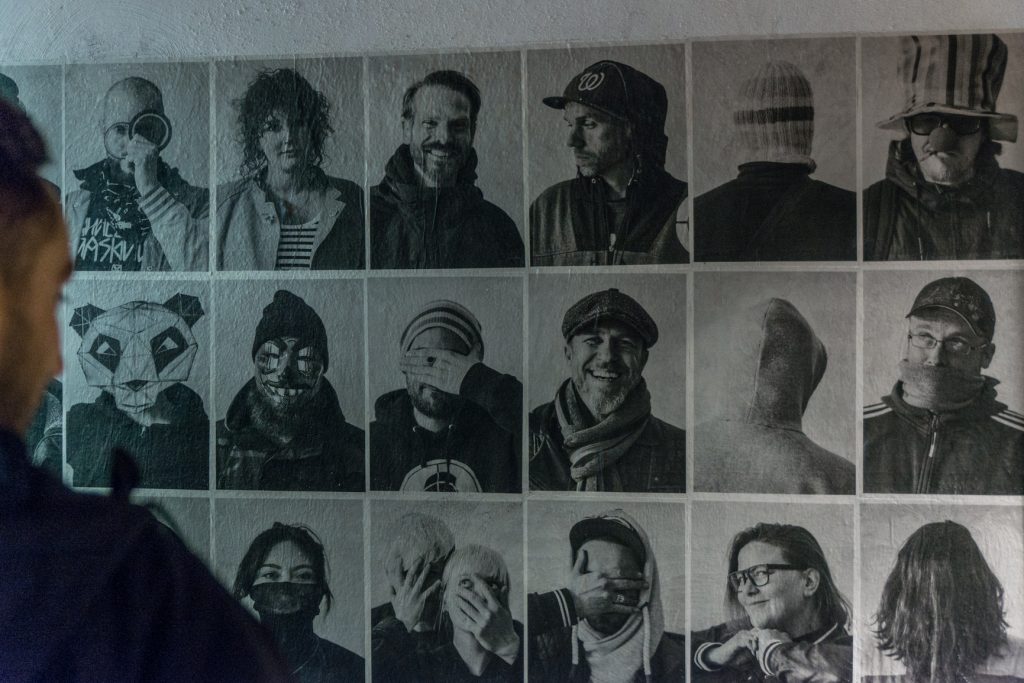 Nacht der Museen is a yearly happening in Dizzledorf where everyone who has to show art does it – and you can visit everything for just 14 Euros, a bargain! yay. No, wait. You have only one evening to do so, no chance to see all that great stuff, therefore you should plan your trip wisely…

I decided to check out stuff which count to me, the turbo urban artist collective for example, which has many artist i adore <3 they showed out at the lovely #hotelfriends where i also met Yuta Maruyama, a highly talented magician from düsseldorf with astonishing tricks and super-fast fingaz! And, by the way, it’s a super-nice guy 🙂

I also met Ziny, Tobi from SWCTV and my homie Johannes from the famous MaJo Brothers 🙂 and gambled 2 pieces from wicked waldi, a IMO quite talented guy (i love that style).

After that i swong my hooves over to Die Brause where world famous artist Oliver Räke aka magic showed some of his prints, a hommage to this place which will unfortunatly close, the place vanished, in near future :..-( 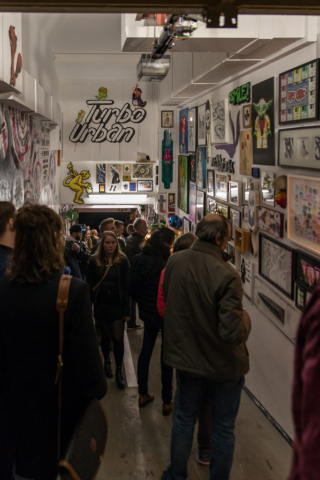 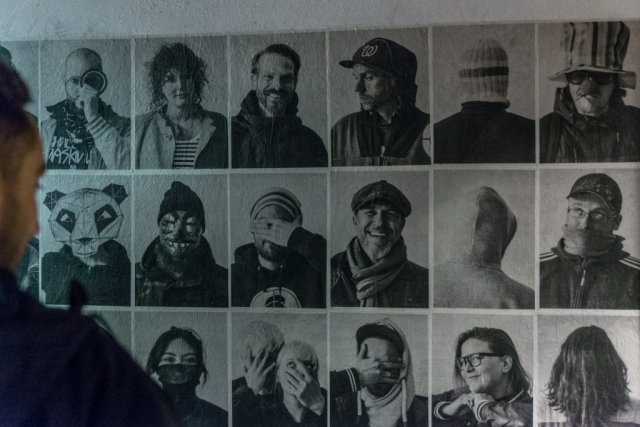 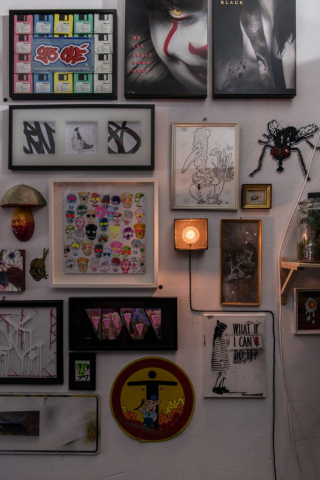 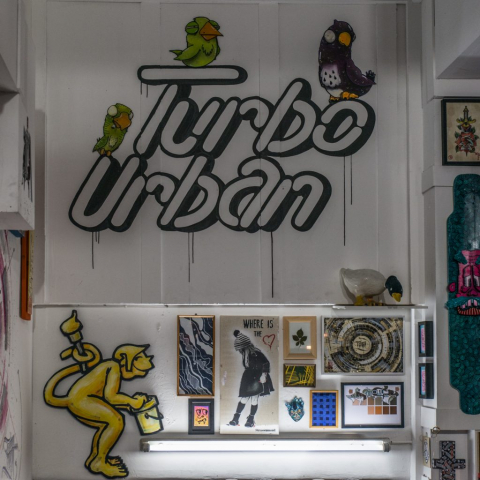 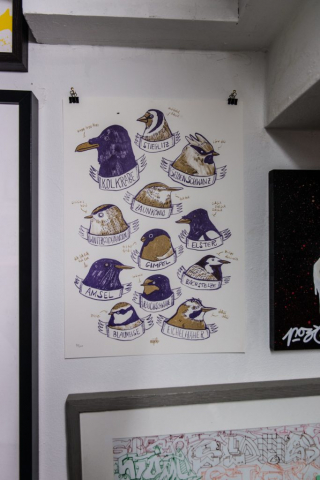 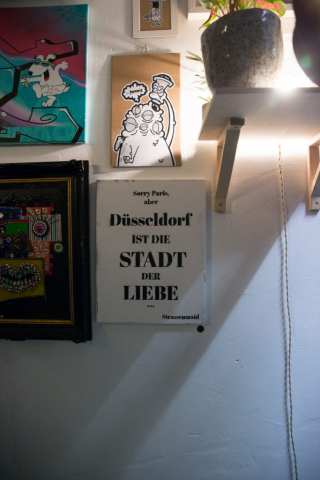 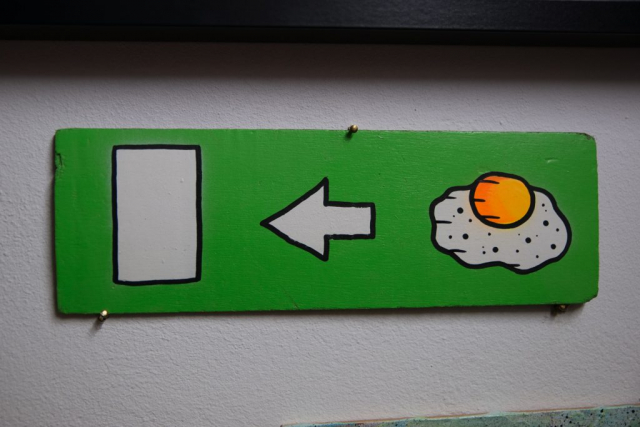 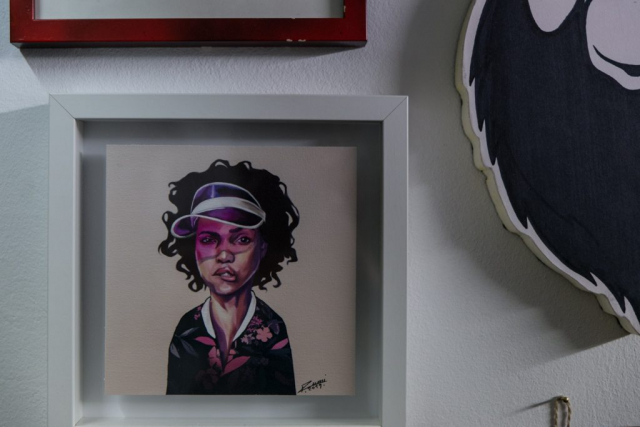 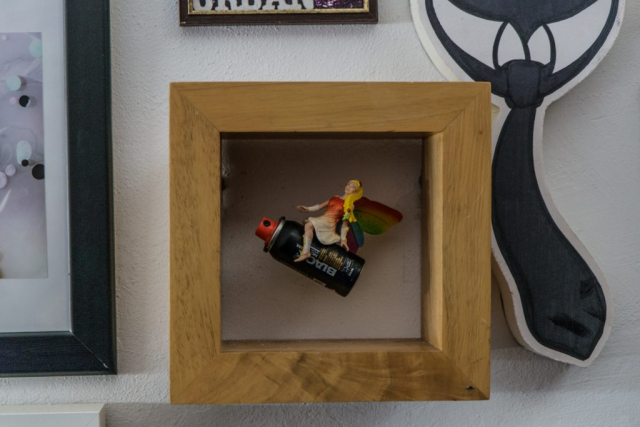 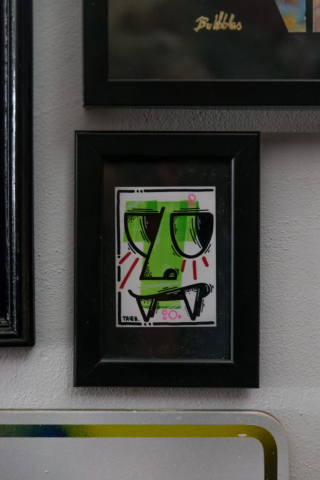 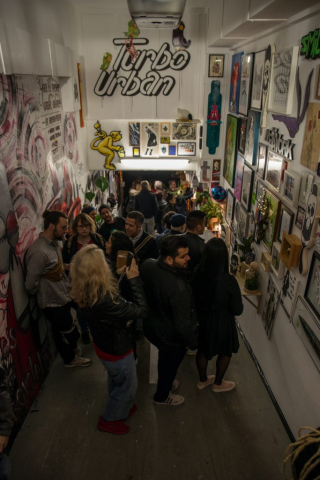 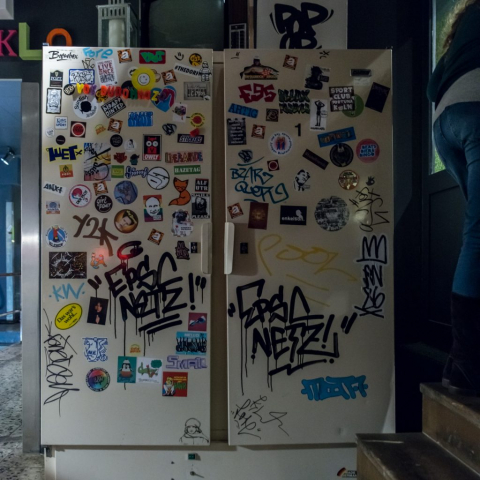 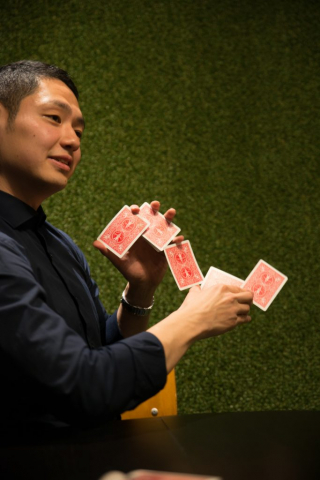 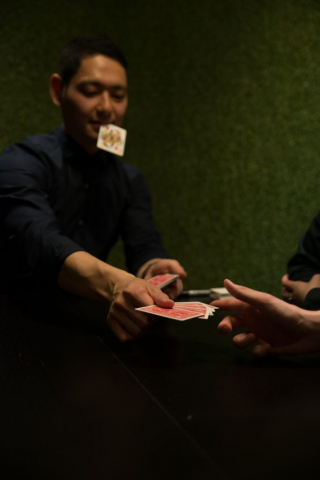 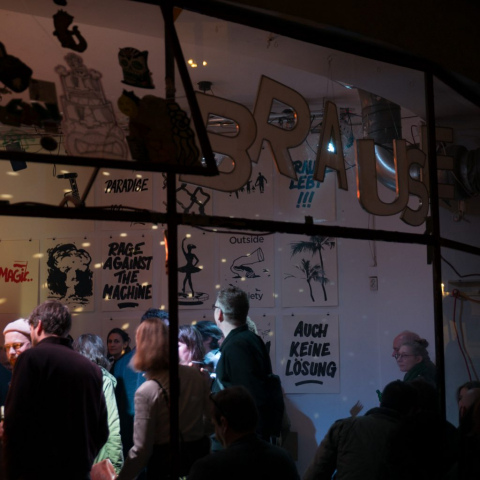 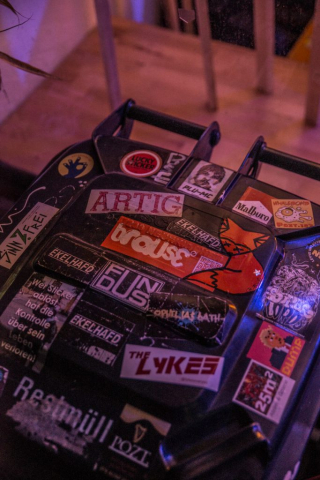 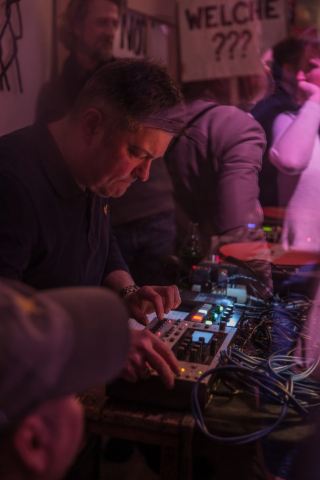 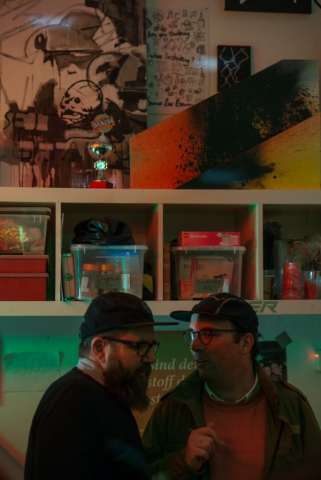 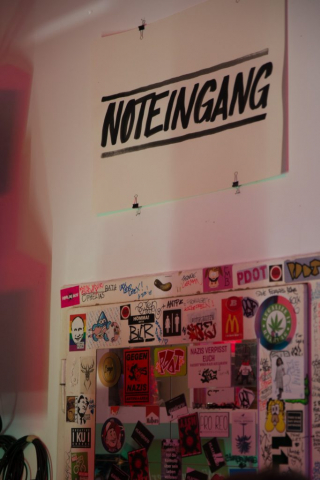 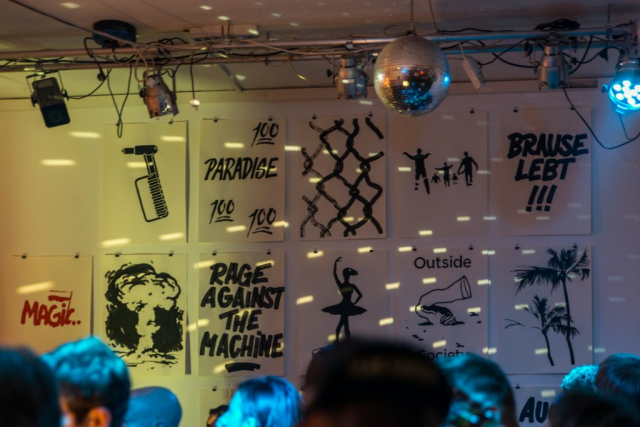 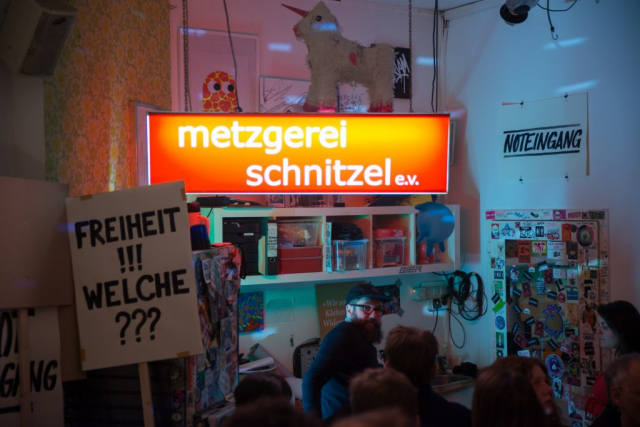 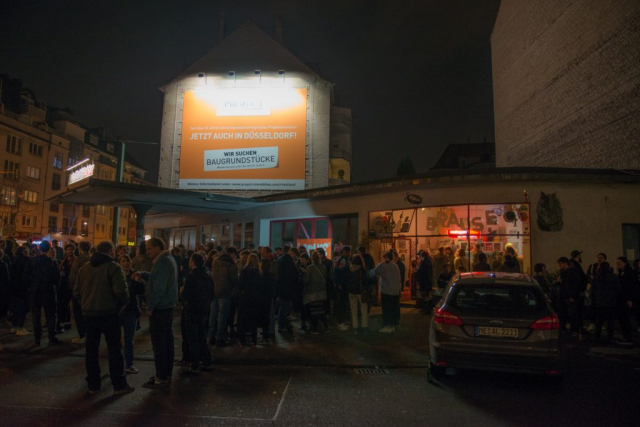 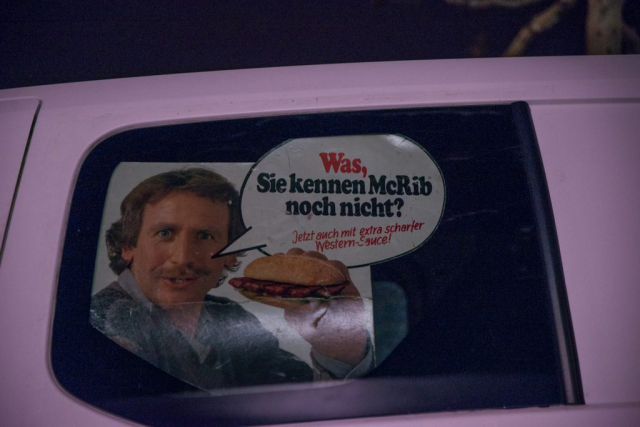 Last week, some construction workers entered the floor above our office at my work at anyMOTION Graphics.

Oh my! We were confronted with – at least – one week earsplitting sound of „Hiltis“ and percussion drilling machines. It was so loud, you couldn’t even hear your own voice.

Okay, we at anyMOTION have a liberal and very employee-friendly attitude in general, so, everyone affected were called to do home-office.

Unfortunatly, i am not a home-office guy. Besides, my whole development-environment is on the PC at the office, and working via VPN or Teamviewer is also no real option for me, because of latency issues. So i’ve tried another way to beat that f***in noisyness – with technology.

And guess wha? It worked out fine! My solution comes from Sony, and it’s called WH-1000xm3.

These are Headphones with an intigrated, so called „ANC Feature“ – short for: active noise canceling – and believe it or not, it defeats the noisy drilling machines! Okay, to be fair, you still hear the drilling machine sound with ANC turned on, but when you also put a Music-Signal on top of it, it is rarly noticeable at all.
With a big grin on my face i continue working in the office and hardly noticed the brain-shattering sound. I rather noticed it by only feeling the vibration of the drilling machines on the tabletop 😉 This is really impressing!
And, besides, the Sound-Quality itself is also really nice. After all, for me, a clear recommendation to buy if you look for Headphones with effective ANC.
Well, it’s not perfect. Some features could be improved still. But hey, isn’t that normal today? (I am sure, they are aware of it and save the improvments for later models.) But this is high-level whining. In total, the device is absolutly satisfying.
UPDATE: I bought a bluetooth4.0 USB Stick and connected the headphones to my pc. I had no issues to access the headphones simutanously from my smartphone at all, to, e.g. use the equalizer. Nice!
For the German readers: Read a full in-depth review of the device at golem.de >>
https://www.golem.de/news/sony-kopfhoerer-wh-1000xm3-im-test-eine-oase-der-stille-oder-des-puren-musikgenusses-1811-137943.html